GET MY FREE ESTIMATE TODAY

Will My Life Settlement Be Taxed?

Making a nice return on any type of investment is a good thing, even if Uncle Sam and your state government want a piece of the proceeds. We’re talking about taxes, of course, which should be a consideration in any major asset sale, life settlements included.

Sometimes, the worst part isn’t paying those ordinary income and capital gains taxes — it’s the burden of interpreting complicated tax codes to understand how much, exactly, you’ll owe on a given transaction. That is definitely the case with respect to taxation on life settlements. It doesn’t help things that the IRS has changed its position on the tax treatment of these transactions more than once. Thankfully, the latest update — ushered in with the Tax Cuts and Jobs Act of 2017 (TCJA) — is slightly less complicated for taxpayers to understand and follow.

So, are life settlements taxable? The easy answer is yes, life settlements are taxable to the extent you make a profit. What’s tricky about life settlement taxation, though, is that “profit” can mean different things according to the IRS. Prior to 2018, the IRS’ approach to calculating profit on life settlement contracts was vague enough to dissuade seniors from even pursuing the sale of their life insurance policies. Instead, they’d leave money on the table by letting their unwanted life insurance lapse.

The Tax Cuts and Jobs Act of 2017 (TCJA) simplified life settlement taxation substantially. Today, the profit of your life settlement is defined as the difference between the premiums you paid and the cash payout you received from the sale. Some of that profit is taxed as ordinary income and some is taxed as capital gains, depending on how your cost on the policy compares to the policy’s cash surrender value when it was sold. The life settlement market began in earnest in the ’90s and started gaining momentum in the early 2000s.

When you consider that the New York Stock Exchange opened in 1817 — 200 years ago — the 20-year history of life settlements is relatively short. It’s not surprising, then, that the IRS has been indecisive about the tax treatment of these somewhat new financial transactions. In the early years, the IRS was actually silent on the appropriate way to tax life settlements. That silence was followed by a 2009 ruling which was subsequently replaced by the TCJA at the end of 2017.

The IRS issued Revenue Ruling 2009-13 in May of 2009. The ruling clarified the tax treatment of selling a life insurance policy to a third party or surrendering a policy back to the insurer. Revenue Ruling 2009-13 went into effect immediately, and specified two sets of rules, one applying to transactions prior to August 26, 2009, and one applying to transactions on or after that date.

Prior to August 26, 2009, the IRS assumed that the cost basis on life settlements equaled the cumulative amount of premiums paid by the insurer. Under that definition, any sale proceeds up to the seller’s total investment in premiums were tax-free. Sale proceeds in excess of premiums paid were taxable in two tiers. The difference between the cash surrender value and the cost basis was taxed as ordinary income. Any remaining proceeds over that amount were taxed as capital gains.

The tax treatment for settlements on or after August 26, 2009, though, got really messy. The ruling laid out three sets of guidelines for different situations: the surrender of a life insurance policy for cash value, the sale of a term life policy, and the sale of a whole life policy.

Under Revenue Ruling 2009-13, a surrender of life insurance back to the insurer would be taxed on the difference between the net cash received by the insured and the total premiums paid, less any loans or withdrawals. The insured’s ordinary income tax rate would be used to calculate the tax.

Let’s look at how this works with an example. Say Mrs. Jones no longer wants her life insurance. She is told by her insurer that the cash surrender value is $50,000. Mrs. Jones held that policy for 30 years and she has invested $42,000 total in premiums. Her effective federal tax rate on ordinary income is 18%.

Mrs. Jones would calculate her federal tax burden on the cash surrender as follows:

Revenue Ruling 2009-13 specified a different approach for term life policies, which don’t have a cash surrender value. In this case, the cost basis equals the total premiums paid less charges for the cost of insurance. If the insured has no data on the cost of insurance, this is assumed to be the same as the policy’s premium. The difference between the sale proceeds and the cost of insurance is taxed entirely as a capital gain.

Let’s assume Mr. Jones sells his term life policy to an investor for $15,000 after keeping the policy in force for 75.5 months. Mr. Jones made 76 monthly premium payments of $100 each. Here’s how he’d calculate the taxes:

In this scenario, let’s go back to Mrs. Jones and her whole life policy with a cash value of $50,000. Instead of surrendering her policy, Mrs. Jones decides to pursue a life settlement. She works through Harbor Life Settlements to receive a competitive offer of $58,000, net of broker fees, for her policy.

Mrs. Jones’ gain is taxed in two tiers. The difference between the cash surrender value and her cost basis is taxed as ordinary income, and any gain above that amount is taxed as a long-term capital gain. Here’s the math:

Your head’s spinning, right? Yeah, policyholders and tax specialists didn’t like this approach much either. One point of contention was the difference between the taxation on life settlements versus policy surrenders. Specifically, life settlement taxation required policyowners to reduce their cost basis by the cost of the insurance, which was not a requirement on policy surrenders. The rationale was to separate the insurance portion of the policy from the investment portion. But calculating the cost basis that way proved to be problematic for policyowners — who often couldn’t get the cost of insurance from their insurers.

Thankfully, the IRS simplified the taxation on life settlements in a big way with TCJA.

How Does Life Settlement Taxation Work?

TCJA retains the three-tier tax structure as defined in the Revenue Ruling 2009-13. To recap:

The big difference is that policyowners no longer have to reduce their cost basis by the cost of insurance. If we look back at Mrs. Jones’ life settlement, her cost basis under Revenue Ruling 2009-13 was $34,000. Under TJCA, it’s $42,000. As with any transaction, if all else is equal, a higher cost basis means a lower gain. And a lower gain means lower taxes.

Here’s the breakdown of how the TCJA treatment works out for Mrs. Jones:

Below is a side-by-side comparison at the taxation for this transaction, before and after TCJA.

TCJA was signed into law in December of 2017 and mostly went into effect on January 1, 2018. Under TCJA, whole life settlements and policy surrenders now both use the total premiums paid as the cost basis on the transaction. That has two benefits for policyholders: It streamlines the calculations and lowers the overall tax bill.

No special capital gains rate or tax treatment in your state? In this case, you’d pay your effective state income tax rate on the entire taxable gain as calculated by TCJA.

Your state has preferential tax treatment for capital gains

These nine states offer some type of specialized tax treatment for your capital gains:

Some of these states allow you to deduct a portion of your capital gains from your state’s return — which effectively lowers the rate you pay. Others define a lower rate that’s specific to capital gains.

If you live in one of these states, you’d follow the TCJA guidelines to define the “ordinary income” portion of your gain and the “capital gains” portion. Then, you’d follow your state’s tax rules to figure the tax. New Mexico, for example, allows you to deduct half of your capital gains, and then the remainder is taxed as ordinary income. Assuming a state tax rate of 4.9%, the New Mexico tax on Mrs. Jones’ life settlement would be calculated as:

No state income tax? If you live in one of nine states that doesn’t tax ordinary income or capital gains, you won’t pay any state taxes on your life settlement at all. These nine states are:

Your tax bill on the life settlement in these states is limited to what the feds will charge you.

Consult with a Tax Professional

The examples provided here for federal and state taxation on life settlements are for illustrative purposes only. Tax law is complicated, and your situation may demand a different tax treatment. Please consult with your tax advisor to get a more accurate estimate of the tax consequences of your life settlement.

There is one more takeaway. Selling your policy will create a higher taxable gain than surrendering it. Even so, your net cash proceeds after fees and commissions will still be higher with a life settlement. In Mrs. Jones’ cash, she nets $55,360 after taxes on her settlement, assuming she pays no state income tax. If she surrenders that policy, her take-home proceeds are $48,560 — about 12% less than she’d get from a life settlement. 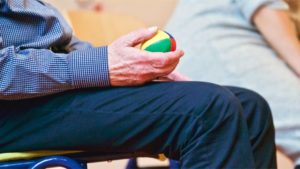 Even with adequate retirement savings, individuals may find it difficult to pay for assisted living costs and seek solutions from the government. To help you understand your options, we’ll explain the role of medicaid and medicare when paying for assisted living. Plus, get other helpful information on covering these costs.

If you’re looking for an insurance policy or trying to estimate how much you’ll pay for a lifetime of coverage, check out this guide to

The primary purpose of life insurance is to act as a safety net, to ensure loved ones have the financial resources to care for themselves How to Use Life Insurance in Your Retirement Planning

What is Adverse Selection and Why Does It Matter For Life Insurance? Financial Advisors: Should You Use a 1035 Exchange to Optimize Life Insurance?

Life insurance is a long-term asset. Over the decades a life insurance policy is in force, your client’s financial situation is likely to evolve. Sometimes, that evolution is so significant that the existing life coverage is no longer a good fit.