ENJOY WHAT MATTERS MOST IN LIFE Following burnout among long-term caregivers as a result of the pandemic, nearly 240,000 caregivers or 15% of the nursing home workforce have left since 2020 in an event that’s being called “The Great Resignation”: To expand on this finding, a June 2022 survey by the American Health Care Association (AHCA)/National Center for Assisted Living (NCAL) found the following of nursing home providers:

Whether you’re currently living in a nursing home, have a loved one who relies on their services, or foresee a need for services in the near future — the staff shortages are causing industry-wide issues that are leading to a breaking point. The current situation is unsustainable, so the question isn’t a matter of if changes will happen, but what will change and when?

Read on to find out the impacts the nursing home staff shortages will have on seniors, and what you can do to prepare.

The U.S. senior population is exploding, as approximately 10,000 baby boomers will turn 65 each day until 2030 in a movement known as “the silver wave”. Furthermore, approximately 70% of these seniors will require some form of long-term care services at some point in their lives. As the senior population grows while the number of nursing home employees diminishes, here are some of the changes we’re beginning to see and some that may occur.

With fewer staff members, nursing home employees are being spread thin which can result in a lower quality of care. In a recent Healthcare Employee Retention Survey, 74% of respondents said their quality of care has suffered and 72% said their time to respond to patient calls has increased. In fact, the average response time for a patent request was 11-20min (47%), and 65% of all requests take at least 11 minutes to respond to. So if you or someone you loved has an urgent medical request, they may be left waiting until a staff member is available to provide care. Even then, the care may be rushed as the staff member has to move quickly to see other residents.

When asked about the potential consequences of continued nursing home staff shortages, nearly 8 out of 10 workers said the quality of care will continue to decline. For additional context, here’s the complete list of responses: Difficulty Getting Admitted Into A Nursing Home

As noted earlier, more than half (61%) of nursing home providers are currently limiting admissions due to the staffing shortage. Furthermore, 73% of nursing homes are concerned about having to close their facility and we’re already starting to see this happen. Since 2020, 327 nursing homes have shut down and more than 400 are at risk of closing this year.

As the situation worsens, seniors may be turned away from facilities or face limited options as nursing homes close at an alarming rate throughout the U.S.

Instead of looking at several nursing homes and choosing the one they like best, seniors may have to take what’s available. This could also require them to potentially move far away from their family, if there are no local facilities with availability. Seniors may also be forced to compromise on their living situation, such as taking a shared room instead of a private one.

Limited options could also force seniors or family members to pay more, as limited availability in nursing homes could require pivoting to another type of care such as a private caretaker. The average cost of an at-home caretaker is $23 per hour, but for a senior who needs 24/7 care — this amounts to an annual cost of $201,480. That is more than double the average cost of living in a nursing home, and something seniors or family members may be unequipped to pay for several years.

As a result, the senior may be forced to sell assets such as their home and investments. However, before doing any of this — it’s a good idea to see if the person’s life insurance can be sold. Many people are unaware that a life insurance policy is one of their largest assets, which can be sold in a process known as a life settlement for a value that is potentially 60% of the death benefit and 4-11 times higher than the cash surrender value. If you’re worried about the high cost of senior care or looking for extra ways to pay for retirement expenses, use our Life Settlement Calculator to find out how much your life insurance policy is worth.

What’s Being Done About the Nursing Home Staff Shortages?

In February 2022, the Biden administration released a set of proposed reforms to address the situation by adding oversight of facilities to ensure seniors can get a higher quality of care. The plan includes establishing a national minimum staffing requirement and reducing room crowding among other proposed changes.

However, some people in the industry are skeptical about the plan. CEO of the American Health Care Association Mark Parkinson stated:

“We would love to hire more nurses and nurse aides to support the increasing needs of our residents. However, we cannot meet additional staffing requirements when we can’t find people to fill the open positions nor when we don’t have the resources to compete against other employers.”

“At a time where labor costs are as high as they are and great staff is in as short supply as it is, to then try to pound the sector with the hammer of minimum staffing ratios and things like that just seems completely out of touch with realities on the ground,”

The proposed changes are being called “unrealistic” and “not possible”, as facilities simply don’t have the funds to offer competitive wages. CEO of Forest Hills of DC Tina Sandri noted that in her area, certified nursing assistants usually start at a wage of $15.20 which is less than people could get working for Amazon ($19 per hour) or being a dog walker ($18 per hour).

Most nursing homes rely on Medicare and Medicaid for their funding, so increasing wages to hire and retain employees would require additional resources from those programs. The Medicaid reimbursement rate only covers $189 per day, while the actual costs in 2021 were $412 per day — so the program doesn’t even cover half of the cost and facilities are left to make up the difference resulting in many operating at a loss.

Although the staffing shortages in nursing homes are a well-known issue that are being discussed, it’s possible the changes may not come soon enough for seniors. As a result, you should be aware and prepared for the potential impacts of a prolonged staffing shortage. 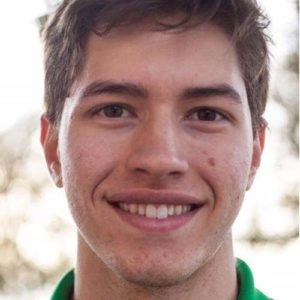 Avery Logan is a content consultant for Harbor Life Settlements with expertise on a range of health and finance related subjects. When Avery's not cranking out content, he can be found at the nearest dog park or movie theater.

How to Avoid A Nursing Home Taking Your House

Does Medicaid Pay For Assisted Living?